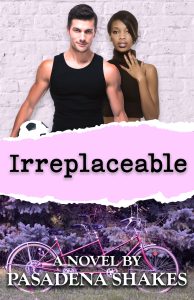 Rwandan expat Rosamond Disi Scott– raised in Malibu by friends of her father– has had every material advantage. Yet life for her has never been ‘rosy.’ After a rocky start ‘adulting’ including a disastrous marriage and the loss of custody of her son, the brilliant, twenty-two year old has taken back the reins and is living her life on her own terms. After a gap year she enrolls in med school. Even though the classes are boring—having already mastered all of the online modules—she suffers through avoiding her moron classmates at all costs. To add to her woes her meddling, Machiavellian father announces he has arranged a marriage for her—to save her from herself. Too smart for his machinations she quickly joins forces with her new ‘fiance,’ JC—an aging footballer with bad knees and a worse temper–and devises a plan to keep her father at bay. She and JC move into a modest Pasadena bungalow, purchased for them by her father, and pretend to be a couple. The plan works and all goes smoothly until his godson, Adriano Silva– a Brazilian superstar Premier League soccer player–arrives on the scene and upends her life.
After suffering an eye injury, and frankly, glad for a break from the sport he abhors, Adriano Silva comes to LA for treatment and moves into his godfather, JC’s, artist’s studio. There, he is immediately drawn to his godfather’s fiancée, Rosamond. Beautiful, intelligent, funny, and frank, this amazing woman with dark chocolate brown skin and a sassy, short haircut ticks all of the boxes he never realized he had. With Rosamond he can be himself, not ‘The Adriano Silva’ and soon sparks fly. Pleasantly surprised by the raw passion she brings to their lovemaking he is stunned to learn that though previously married, with him she has experienced her first orgasm. A conundrum– especially when she tells him her marriage had been a sham– still, no other woman has ever come as close as this one to stealing his heart. Yet, he has a nagging feeling that she is keeping something important from him.