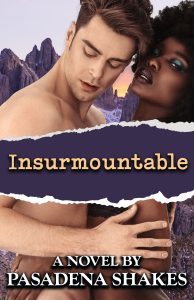 What happens when happily ever after isn’t? Insurmountable, the anxiously awaited sequel to Irredeemable, tackles that very issue and takes the reader on another roller coaster ride filled with fun, international intrigue, and plenty of bedroom heat.

Flummoxed, Bertrand Scott, a documentary film major with a promising future in LA, has turned around his formerly messed up life. So why isn’t he happy? He and his love, Apple—a strong-willed, nineteen year-old, St. Louis native– have beat seemingly insurmountable odds. Overcoming his marriage to-and child by-another woman, and a nine-thousand mile extended separation, Scott and Apple have found a way to keep their love powered up. But, when the little family safely returns home to Pasadena, suddenly, nothing feels right. She nags. He drinks and smokes. Even their formerly mind-blowing sex now sometimes falls flat. What’s a brotha to do?

Apple, for her part, is exhausted. Struggling with the demands of an infant and Scotty’s erratic schedule has left her depleted. When she finds out she’s pregnant, it all becomes too much. She decides to take a break from him and goes home to St. Louis. There, her grandmother, ‘Gram,’ immediately assesses the situation. Using tough-love, laughter, and wisdom, Gram steps in to assist the young couple. But is it too little too late? 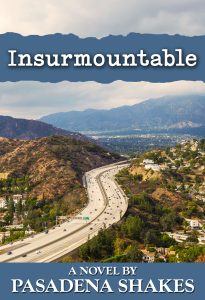